Rippon Lea is a historical mansion and garden located in Elsternwick, Melbourne, where there is currently the most fabulous costume exhibition from the film ‘The Dressmaker’ starring Kate Winslet. The film is based on the wonderful gothic novel of the same name by author Rosalie Ham.

It’s a black comedy-drama set in a rural Australian town where  a well-traveled, Paris-trained dressmaker returns to face the horrors of her childhood with a malicious contempt for those who wronged her.  While un-threading the memories from her past, she dresses and re-vamps the people of the town in the most exquisite clothing the town has ever seen, relishing the power of her work as it begins to inspire, liberate, distract, and destroy various town members .

If you are in Melbourne, you must go to this darling! If you can’t make it, no worries! You can just view it all from right where you are right now because I took a picture of practically every freakin’ thing in there! 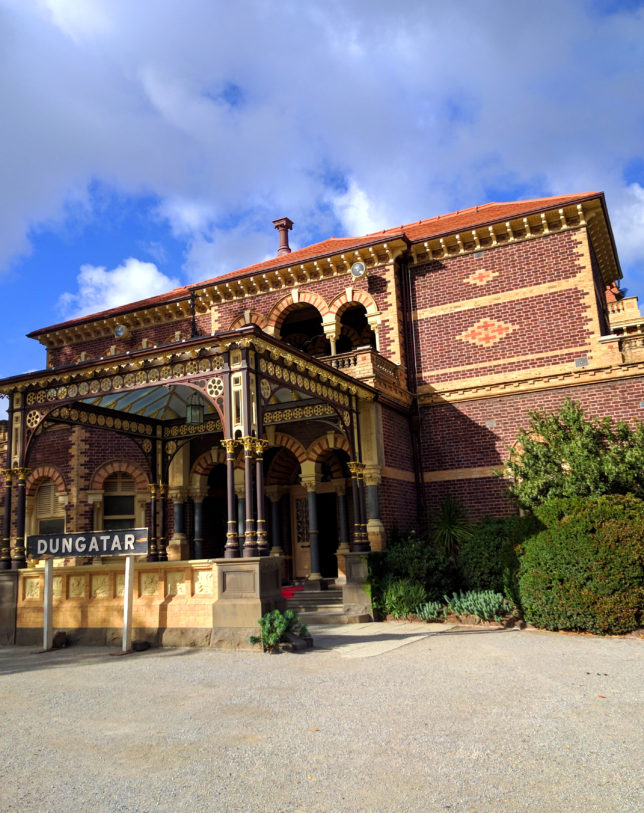 The beautiful front facade of the mansion at Rippon Lea House and Gardens. ‘Dungatar’ is the name of the fictitious Aussie town in the film. 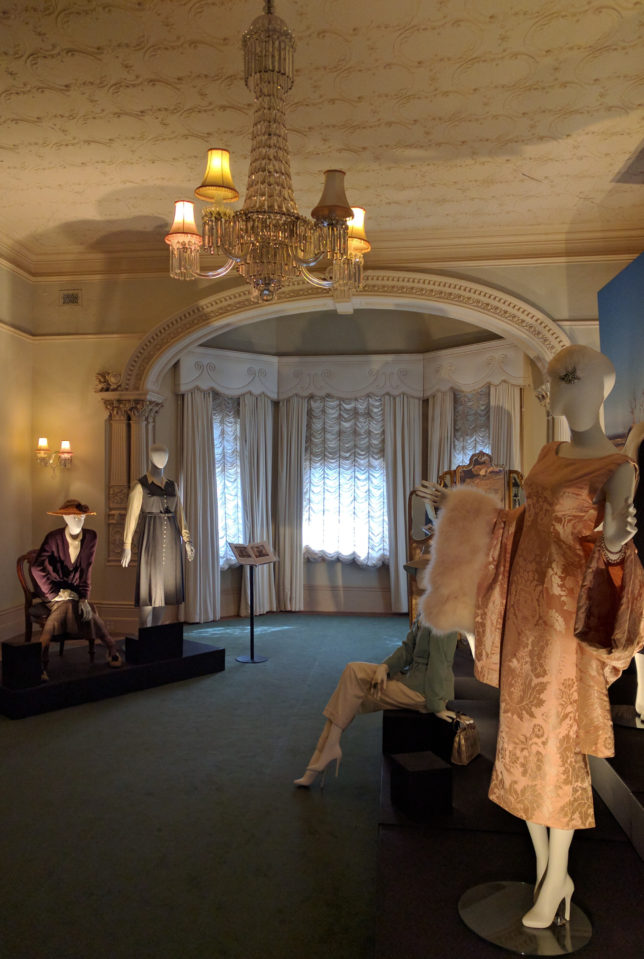 One of the first rooms of the exhibition displays the stunning outfits from the film’s most iconic scene: glamorous,  couture-dressed women swanning about in a dingy little rural Australian town. 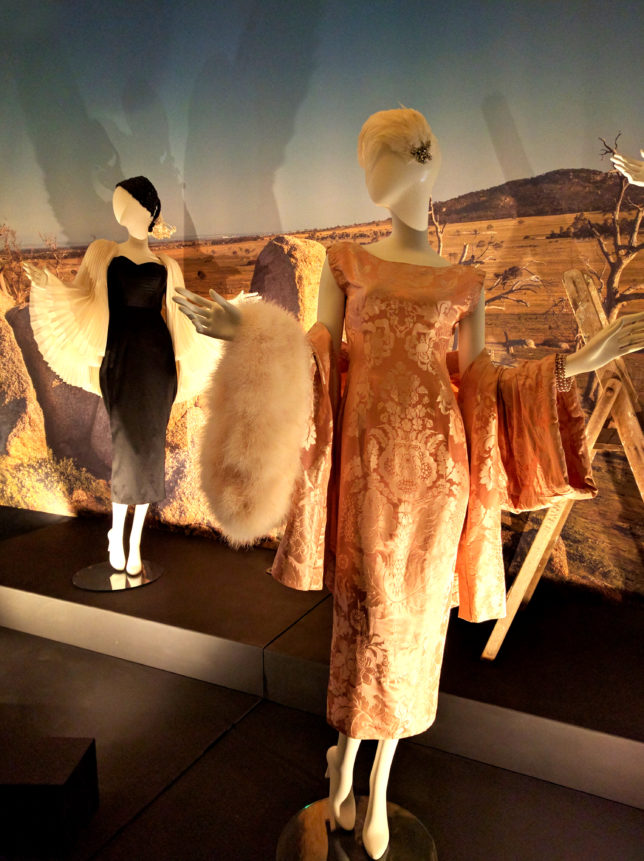 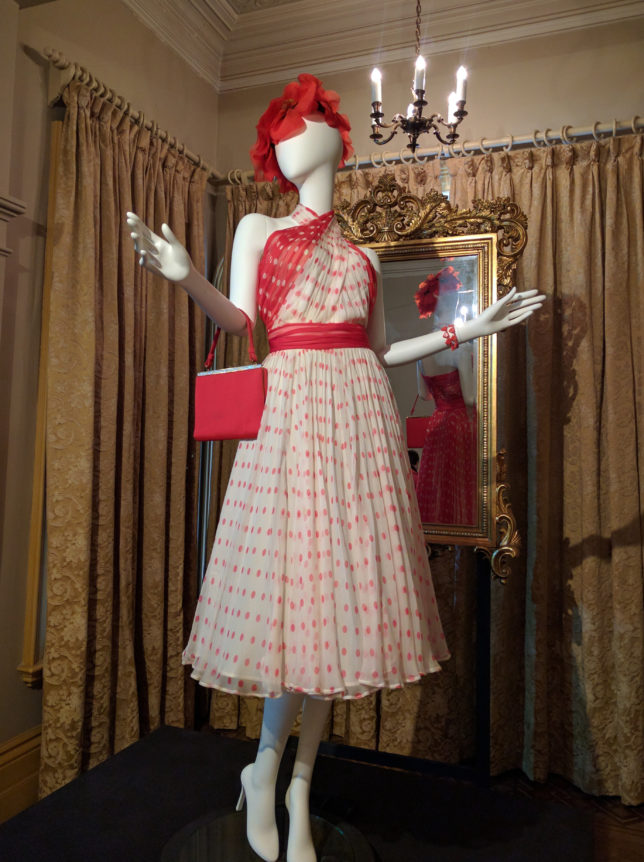 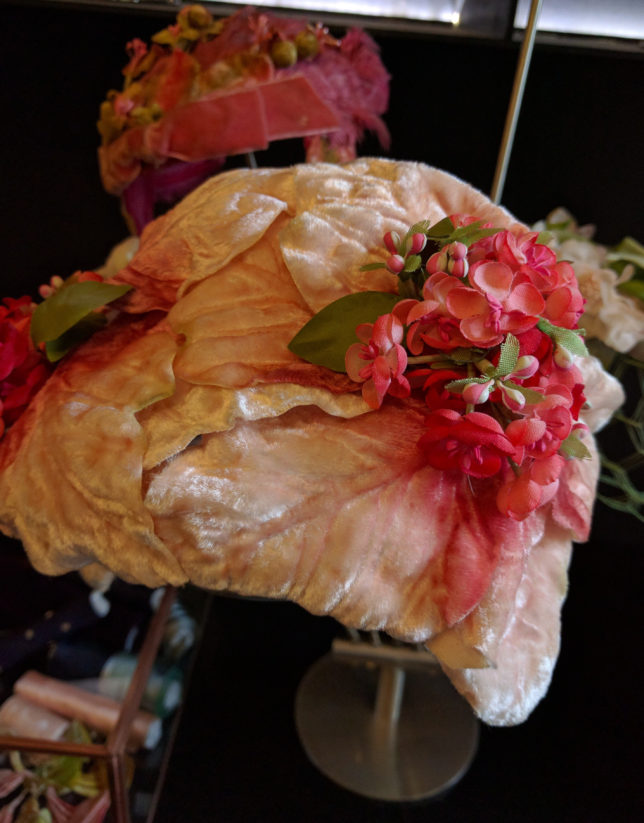 There are also a number of vintage hats on display at the exhibition, not related to the film but to the 1950’s era of its clothing. 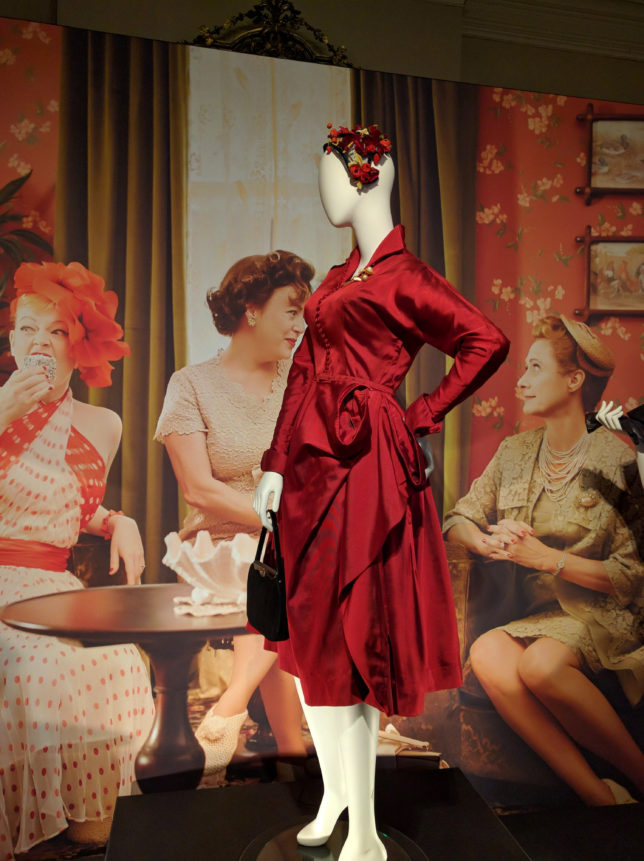 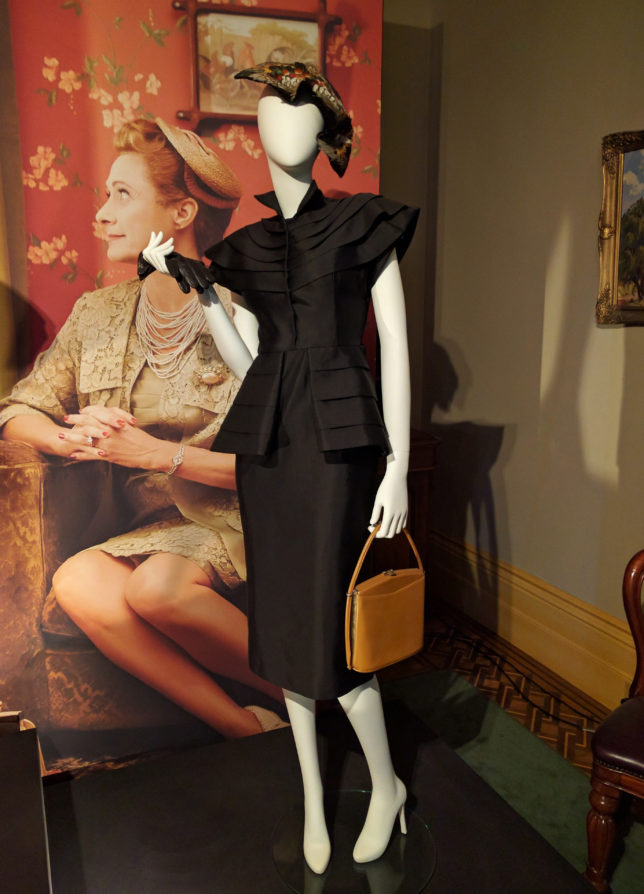 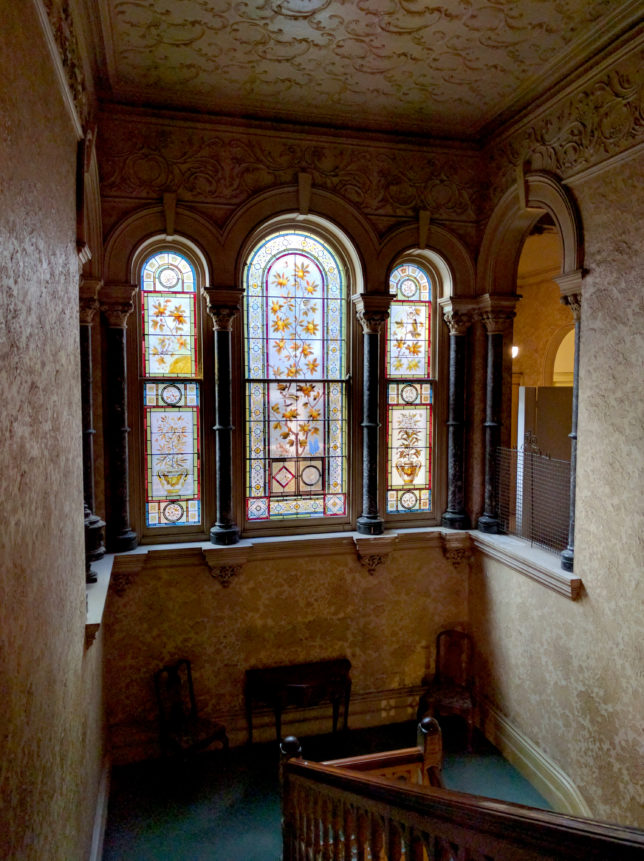 One of the stunning stain-glass windows of the mansion. 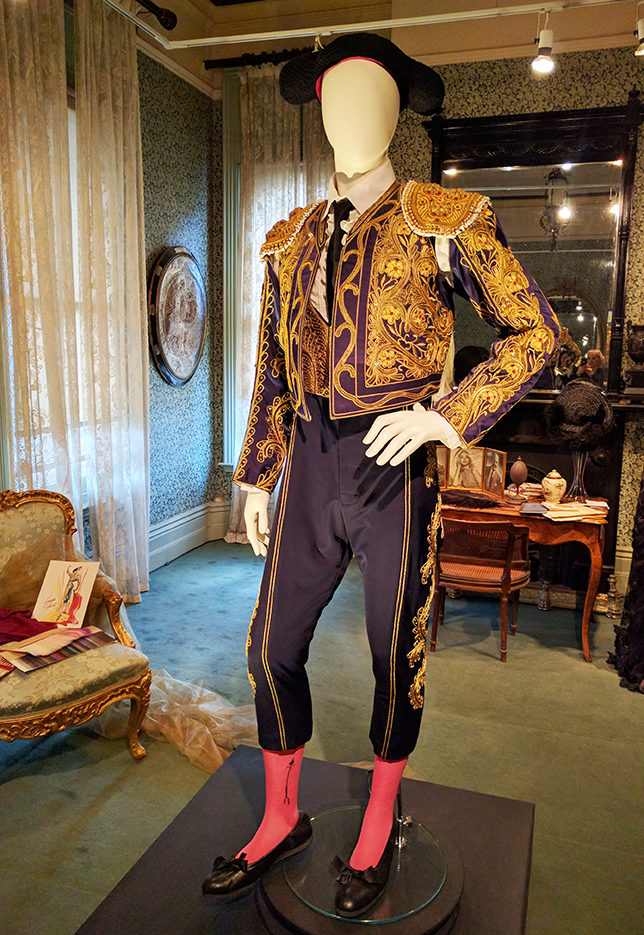 Hugo Weaving played the aesthetically repressed, secretly cross-dressing Police officer, Sergeant Farrat. His scene in this matador costume was one of the film’s funniest moments. 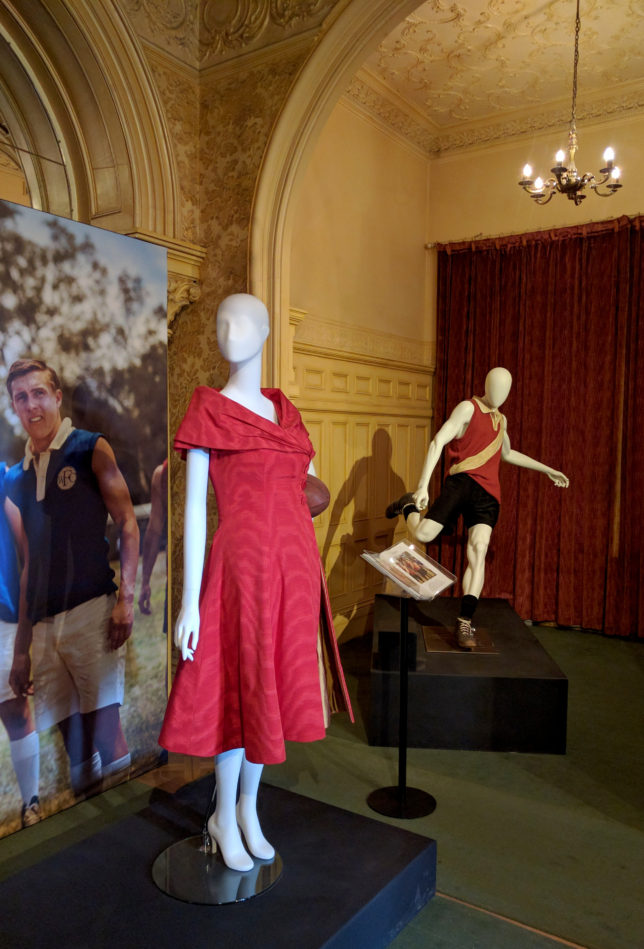 That fabulous red taffeta dress the main character ‘Tilly’ wore to distract the men from playing a footy match that was crucial to the town punters. Best scene in the film! 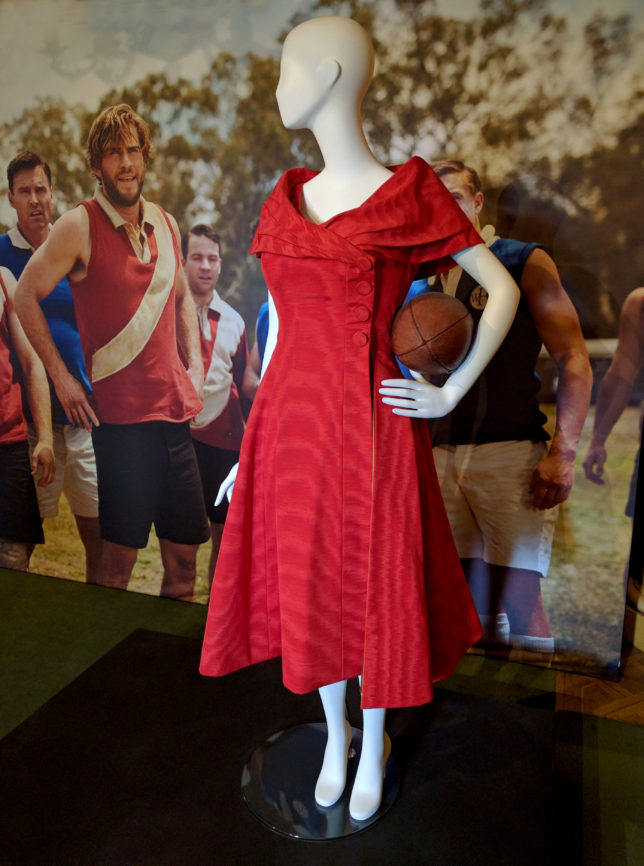 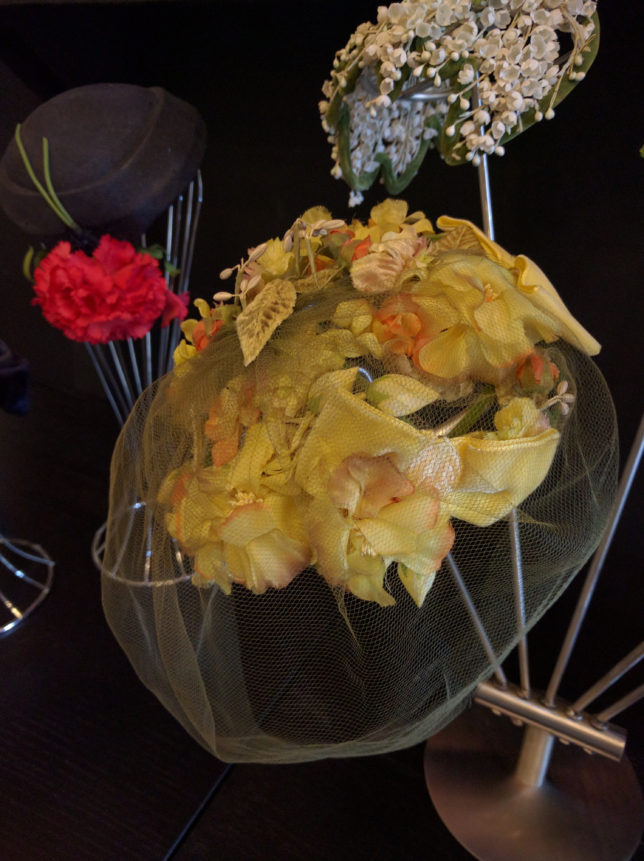 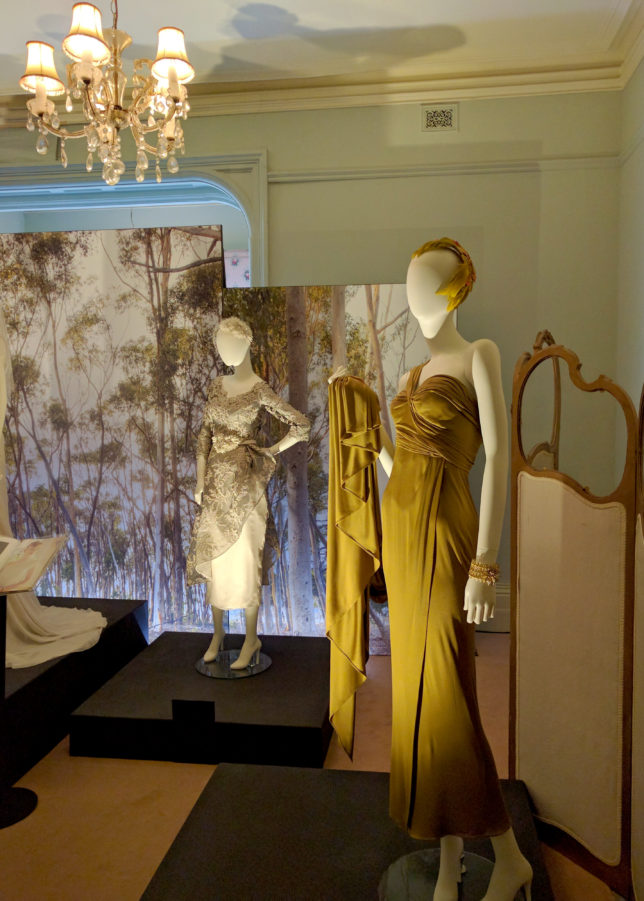 This yellow satin gown was one of my favorites from the film (though I hate yellow) because it was worn by one of the saddest characters in her breathtaking Cinderella re-vamp. 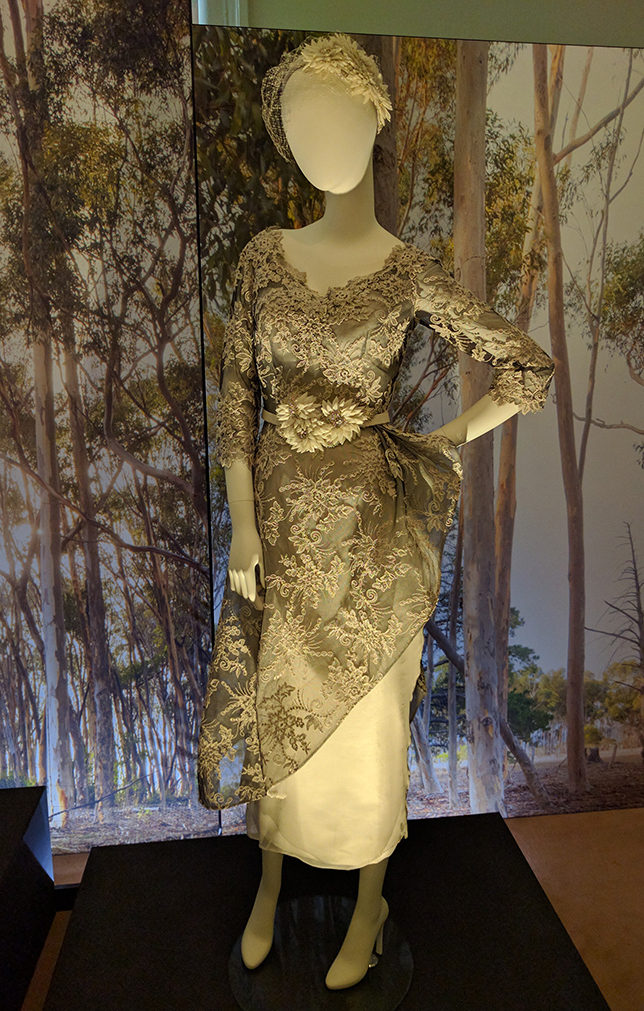 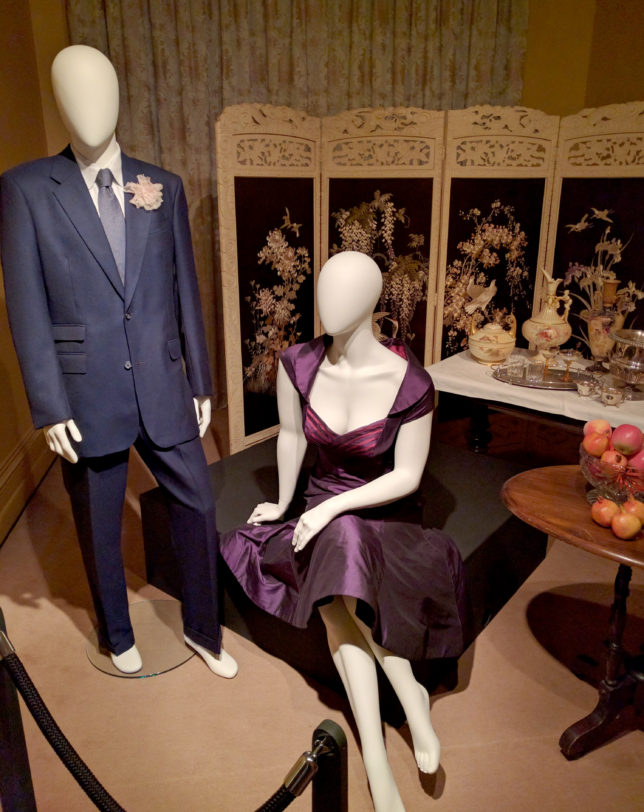 Outside of the exhibition, there is plenty to explore around the grounds of the mansion, including a large conservatory and a look-out tower where the original owner use to watch his ships coming in, though all you can see now are the tree tops. 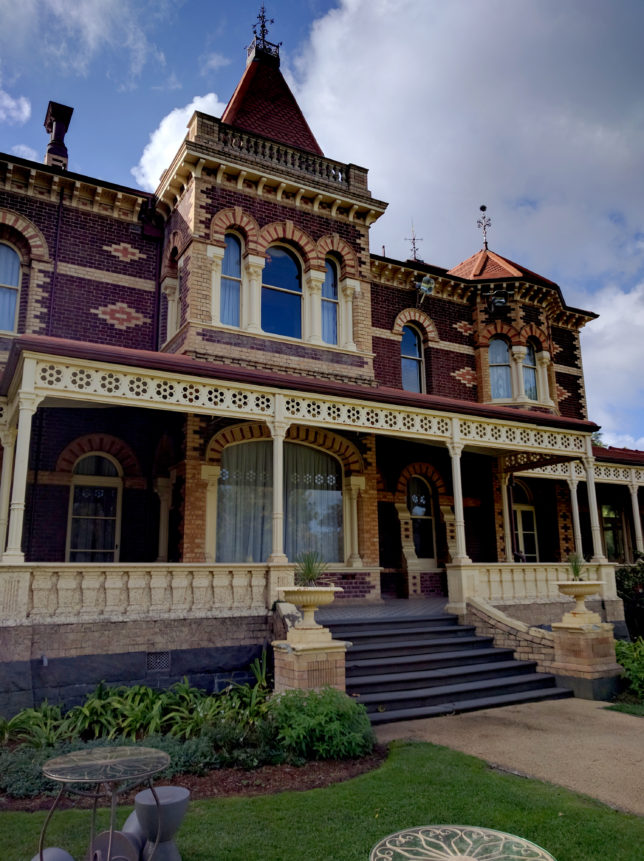 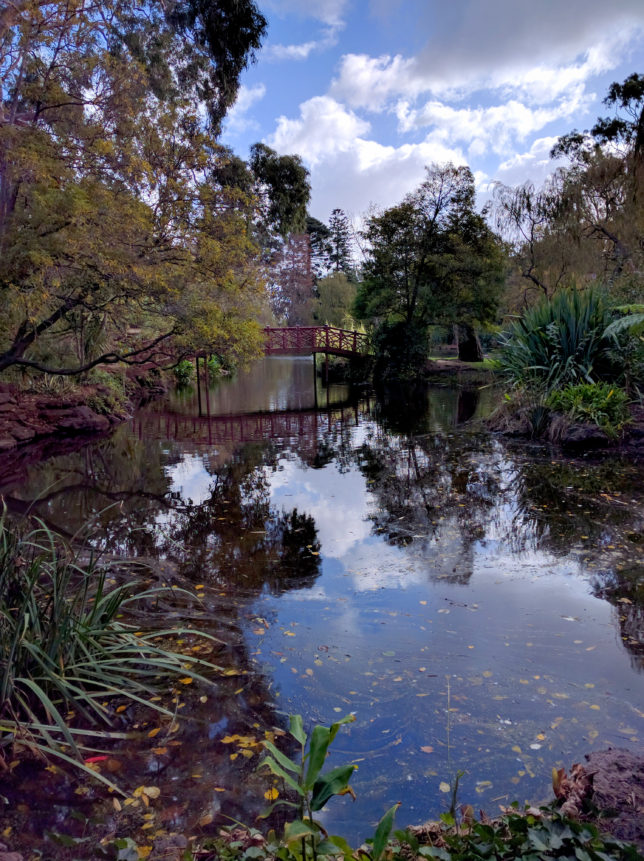 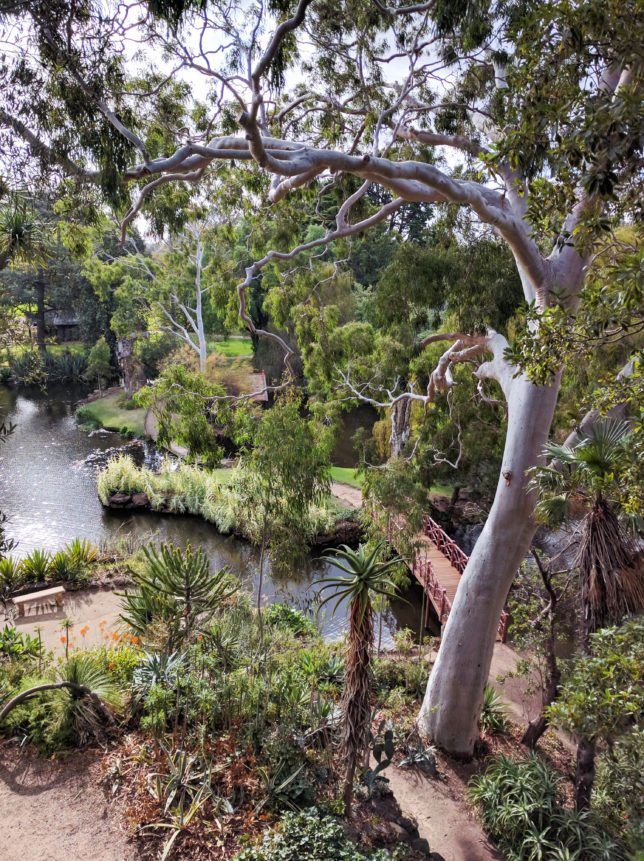 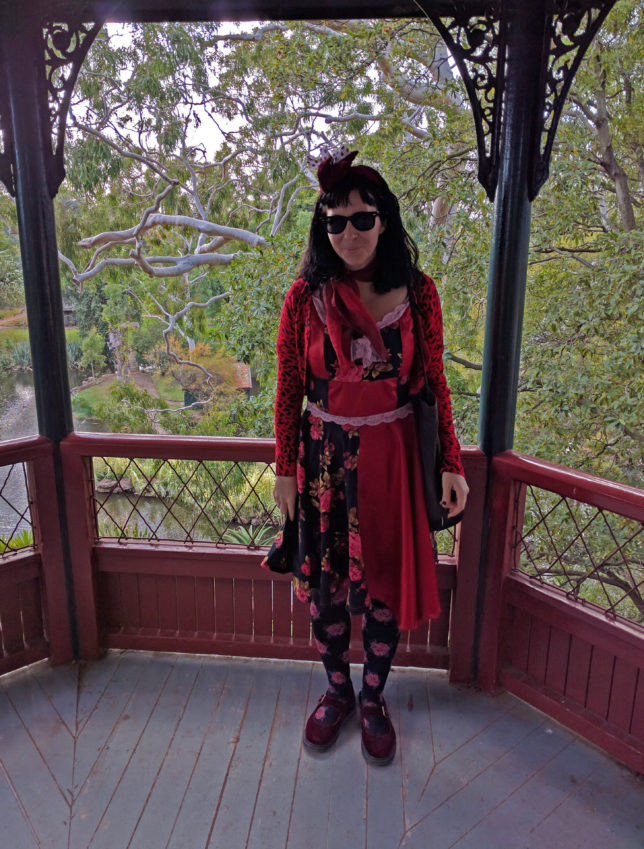 My companion for the day was this lovely and colorful lady, a costume designer herself. 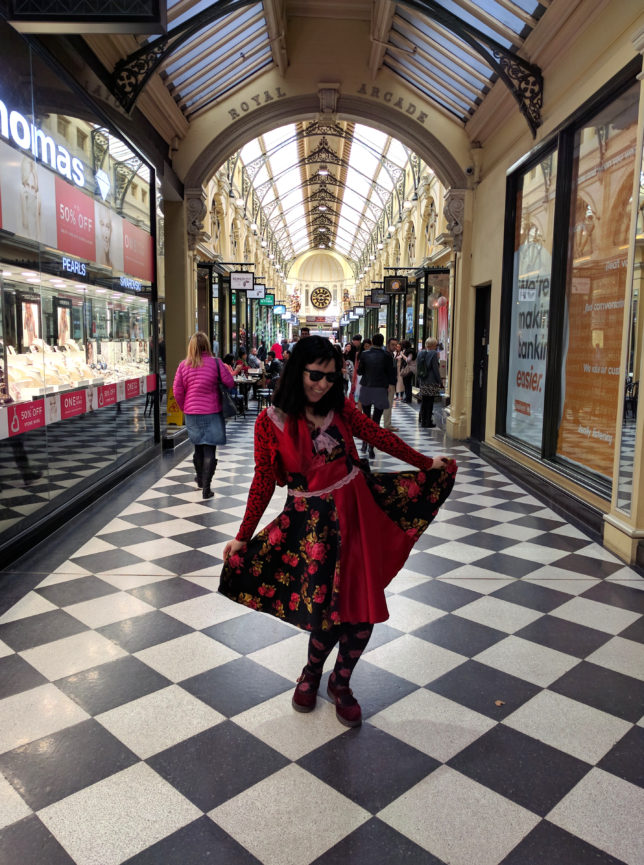 And one last one to end the day at the beautiful Royal Arcade in the city center, where we finished with hot chocolates at Koko Black!

The exhibition runs till Sunday, July 31.

A couple of events (not sold out as I write this but selling out fast) are on around the exhibition: an afternoon tea and 1950’s fashion show June 24th and a ‘Footballer’s Dance’ to recreate the dance in the film, on the 29th of July.

To find out more, check out the Rippon Lea website.

As far as the story of the film itself goes, it, like the novel, is a little disappointing because of how dark certain scenes are–you know what I mean if you’ve read or seen it! WHY? Why? why? Wha…? Did that really just happen? ! There is an unevenness to the balance of comedy and drama that is unexpected and ultimately a huge let-down, making me not really love the film for other than the costumes and the comedy. Still, it’s worth watching.

If you’ve seen the film, do you agree? Leave a comment and tell me what you think.

“I Hope Your Journey in Life Was Good.” How a Cyclist’s Death on Barkly Street Helped Me to Heal

Puss-N-Boots Costume for a Coco Poco ...